Around Half Of SNF Residents Now In Danger Of Displacement 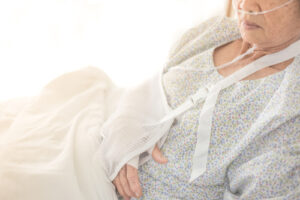 There are many finance leaders with up-to-date outlooks on skilled nursing facilities. Data points are worsening when inflation and funding cuts keep harming the SNF industry.

Around 50% of residents of nursing homes are in danger of getting displaced because of financially imperiled locations. About 420,000 residents are perhaps relocated, as per a recent Clifton Larson Allen performance outlook.

A report was published as a continuation of a different Clifton Larson Allen outlook analysis, prepared together with AHCA (American Health Care Association).

The earlier CLA report estimated that 400,000 residents of skilled nursing facilities risked displacement. The data keeps raising serious concerns regarding the capability of these locations to weather the economic crisis, particularly as policymakers contemplate damaging cuts to this industry.

As per AHCA CEO and President Mark Parkinson, the possible cut of 4.6% to the so-called Patient-Driven Payment Model is involved in the recent proposal of the Centers for Medicare and Medicaid Services. CMS unveiled its proposed rule back in April 2022 and plans on finalizing any changes in or before July.

There are many residents, especially people with complicated care needs and minorities, with potentially jeopardized accessibility to care if more facilities get forced to shut down. At this moment, there is a need for government investments rather than cuts to confirm that residents get to keep receiving the care that they require.

As per the recent CLA report, financially vulnerable SNF locations are situated in counties serving a higher number of ethnic and racial minority groups. Financial performance erosion paves the way for a much greater negative effect on numerous residents, particularly ethnic and racial minorities. The whole industry will have to balance available capacity, serve the health requirements of SNF residents, and maintain health equity.

Around 15% of nursing homes before the pandemic were in danger of closure, as per a recent report. By US county, around 70% are regarded as financially vulnerable locations, as opposed to about 35% three years ago.

The considerable rise in counties having skilled nursing facilities at monetary risk makes a distinct group of state, county and national challenges. Every state and almost all counties will need to balance available capacity even as they cater to the health requirements of SNF populations and maintain health equity.

The use of contracted or temporary nurses has become more than twice in every nursing category since 2020, as per the report.