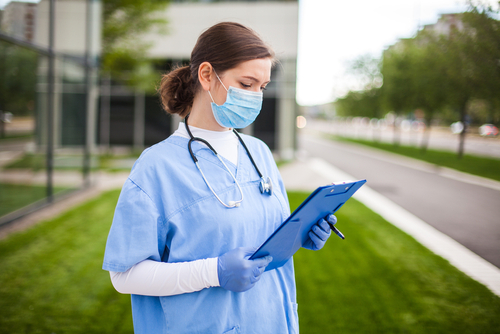 The Connection Between Alzheimer’s And Eyesight 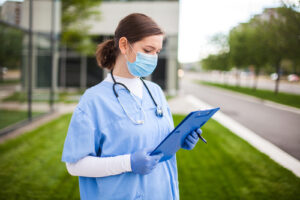 Alzheimer’s is a dementia disorder affecting more than forty million people across the globe. Dementia health experts say that getting a yearly eye test can help pick up early signs of dementia. Studies are ongoing to find out the connection between eyesight and dementia.

What Happens To The Eyes Of A Person Suffering From Alzheimer’s?

Results from various studies say that eyesight and smell can be the key to the early detection of Alzheimer’s disease even before the appearance of symptoms. The retinal nerves that come out of the brain become narrower in Alzheimer’s patients.

The build-up of beta-amyloid protein in the brain is one of the early noticeable signs of Alzheimer’s disease. Senor health experts opine that the protein begins to develop fifteen to twenty years before the onset of Alzheimer’s. These protein aggregates can be detected using brain imaging techniques that can be very expensive. Some researchers have assessed the thickness of the retina of Alzheimer’s patients and have found that they have a thinner retina when compared to people without any memory disorders. Memory problems can also lead to blurred vision at the initial stages, which can interfere with the daily living of the person.

Senior health experts say that the brain of an Alzheimer’s patient has four areas of visual deficit that can cause the person to make mistakes in perceptions. These are:

Some dementia sufferers can be incompetent to detect motion. Instead of seeing things as an ongoing video, they see the world around them as a series of still images. This can make the person feel lost. The ability to watch TV and activities that involve fast motion can become really challenging for patients.

Many people with mid-Alzheimer’s struggle with a twelve-inch field of vision where they have lost the ability to see things at the top, bottom and sides. Therefore, dementia care experts say that a reduced field of vision can be associated with dementia disorders.

Alzheimer’s sufferers can also expect to lose their depth perception and can have trouble judging how far an object is, understanding the changes in elevation, and differentiating between a three-dimensional object and a two-dimensional one.

People with Alzheimer’s eyes can find it difficult to recognize colors. Therefore, they should surround themselves with objects of high color contrast. For example, caregivers could place light-colored plates on a dark table at the dining table to help a person suffering from Alzheimer’s.